Interview with THE HU!

Critically celebrated Mongolian rock band THE HU kicked off their Black Thunder tour of Australia and New Zealand in Melbourne for the last 2 nights!

STMs Mitch and Kynan got to hang with THE HU this week ahead of their Australian Tour across Australia!

On all Australian shows, The Blackwater Fever will rattle audiences down to their bone marrow via some thunderous, tortured electric guitar, mesmerising organ swirls, and the unrelenting rhythmic stomp of their atmospheric, blues-heavy rock.

Breaking your heart one minute with a harrowing growl, only to pick you up with an irresistible rocker the next, this Brisbane-based blues-rock trio is a live experience not to be missed.

The Blackwater Fever has shared stages with The Black Keys (US), Clutch (US), Truckfighters (SWE), Violent Soho, Tame Impala, Birds Of Tokyo, and many more.

Setting the scene in Auckland, the mighty Shepherd's Reign are the perfect openers for a night of primal music.  Combining the traditional and ancient music of their forefathers with modern rock and metal influences including bands like Gojira, Avenged Sevenfold, and Dream Theater, Shepherds Reign have found their own unique sound in a cluttered and overblown musical environment.

Shepherds Reign brings a captivating and enthralling sound with the use of the Samoan language, instruments, and culture, making it an integral part of their evocative and primal live show. A show that displays a fierce pride for their music and wins the audience every time with its blood-pumping ritualistic beats, thick melodic textures, and an undeniable power that hooks the audience into the band's dark and heavy realm completely.

You can catch them on the below dates!!! But be quick Tickets are selling out fast

Proving their global appeal, The HU have sold out venues across the world in North America, Europe, Asia, and Australia, with scheduled festival appearances at Coachella, Lollapalooza, Download Festival, and more, creating a community of fans from all walks of life. They quickly grabbed the attention of the industry, leading to collaborations with Jacoby Shaddix of Papa Roach and Lzzy Hale of Halestorm.

Their debut album, 2019 ‘s The Gereg, debuted at #1 on the World Album and Top New Artist Charts. With it, the band have accumulated over 250 million combined streams and video views to date and have received critical acclaim from the likes of Billboard, NPR, GQ, The Guardian, The Independent, Revolver, and even Sir Elton John himself.

Readying their next chapter as a global force, The HU will release their new album,
Rumble Of Thunder on September 2, Better Noise Music. 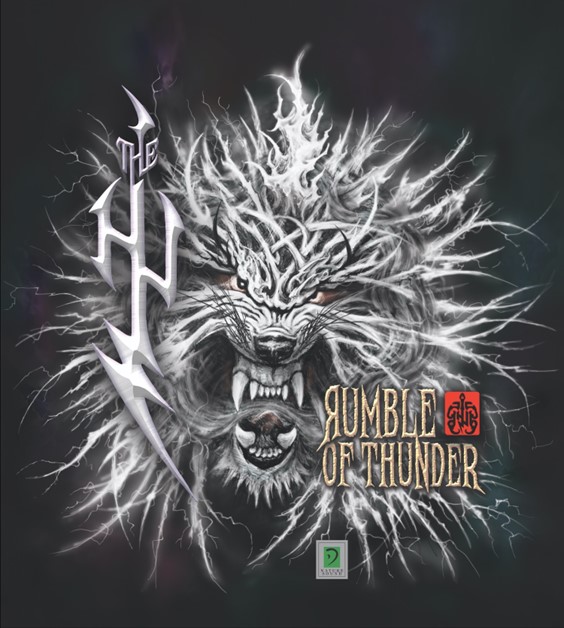