“...a masterclass in war history. 'Soldier of Heaven' delivers on the musical front on top of the historical one.” - METAL SUCKS

“The War to End All Wars shows the best of both worlds: it is faithful to the classic Sabaton sound, yet it also manages to surprise even an old fan. One of their strongest works to this day!” - INFERNO MAGAZINE

“Epic choirs, wonderful guitar soli and excellent drumming make this album to another milestone on the Swedes’ path.” - POWERMETAL.DE

Today, the eagerly awaited new studio album from Swedish war chroniclers SABATON finally sees the day of the light: "The War To End All Wars" is out NOW. Highly praised by international media, the tenth masterpiece of the Swedish metal force is determined to shake the world in its foundations, introducing a new era in the band's remarkable career.

The band states:
"With our last album, The Great War, we found that we had only scratched the surface in terms of the powerful stories of courage and bravery and also the horrors that took place during the first World War. Fans would contact us and tell us these amazing stories from World War One that none of us had ever heard of before. Incredible, human tales like the British and German soldiers who put down their weapons on Christmas Eve in 1914 to share a moment of peace and reconciliation, right there on the battlefield; or the brave soldiers who fought in the White War, some 12,000 feet up in the Alps, who froze to death and whose bodies remain under the snow to this day. These are magnificent stories about everyday people who were willing to give their lives for something that was bigger than themselves. Marrying these true tales to loud, bruising, bone tingling heavy metal? Adding a second chapter to one the most frightening and liberating times in history? Why wouldn’t we make this album?"

To celebrate the release, SABATON releases a video for their fourth single ‘Race To The Sea’. 'Race To The Sea' is a song about the decision from Albert of Belgium during WW1 to flood the last part of Belgium and with the help of water prevent all of Belgium to fall into German hands. 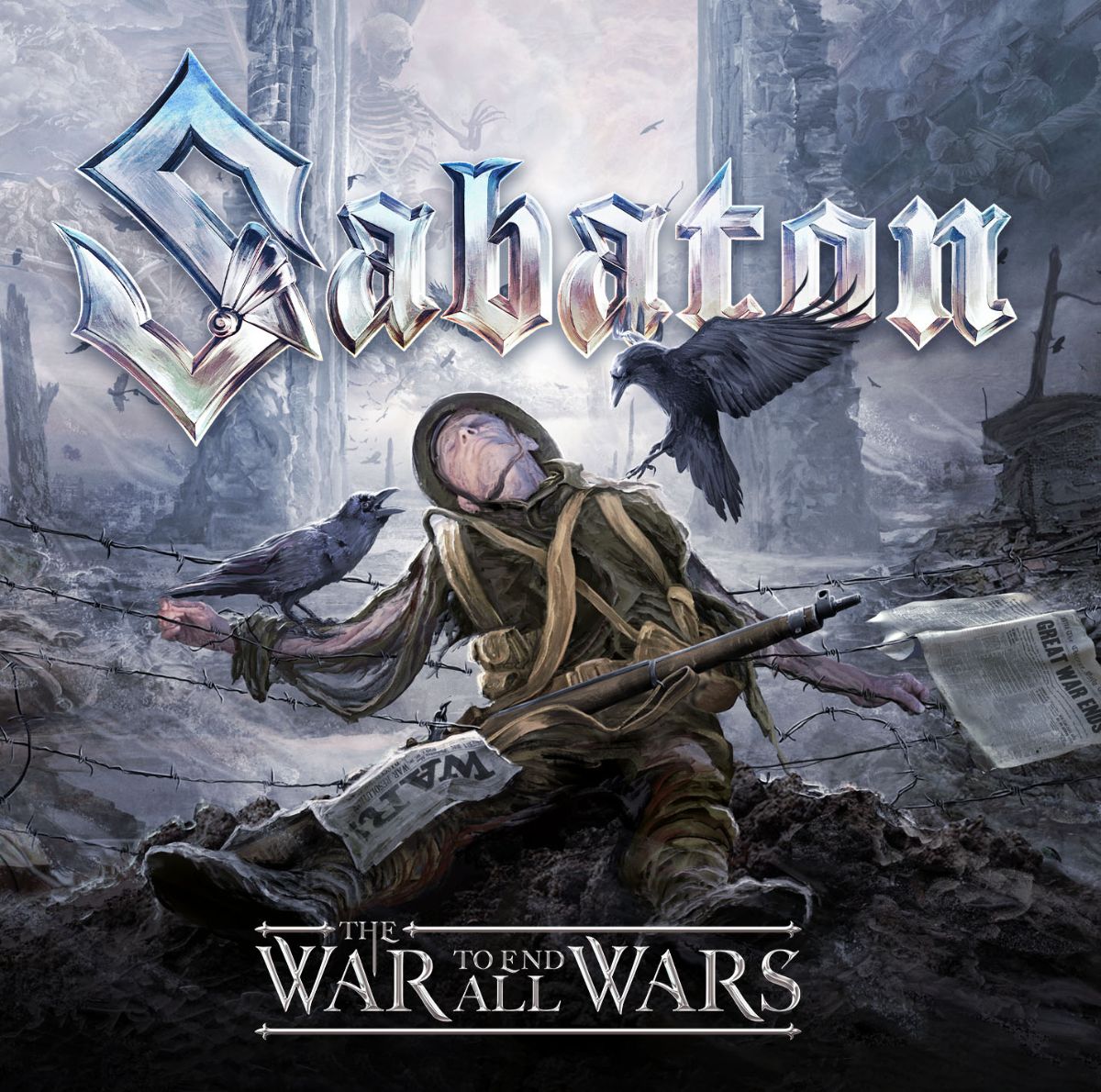 ‘Race To The Sea’ is the fourth single of the tenth masterpiece of SABATON, The War To End All Wars, that is released today, March 4th, 2022 via Nuclear Blast Records. Once again, SABATON will dive deep into the atrocities, miracles and happenings around WWI and take the listener to an emotional and exciting ride of 11 tracks. ‘Race To The Sea’ was preceded by the highly praised ‘Christmas Truce', the massive hit 'Soldier Of Heaven' and overly popular 'The Unkillable Soldier'.

SABATON is a five-piece heavy metal band from Falun, Sweden. Since the band's formation in 1999, SABATON has achieved quadruple Platinum sales and performed colossal concerts in over fifty countries.

The band's ninth studio album, The Great War, released on July 19, 2019, is a musically rich concept album capturing the sinister atmosphere of World War I – thus continuing the band's trademark style of telling unforgettable stories from merciless battlefields all over the planet.

SABATON, signed to the world's biggest heavy metal label, Nuclear Blast Records, played "The Great Tour" at major European festivals, and throughout North America, and Eastern Europe in support of The Great War.

SABATON has put the "COVID downtime" to good use, writing, recording, and releasing a variety of stand-alone singles and music videos. The band played its first post-pandemic date on July 9, performing in front of 40,000 fans when they headlined the Exit Festival in Serbia.

As you might guess... There's no end in sight for this unstoppable war machine anytime soon!

Nuclear Blast Sabaton The War To End All Wars